Anyone Can Be an Ally

Anyone Can Be an Ally

An ally is anyone who stands up, speaks out, and offers support for a person or group that is targeted, stereotyped or discriminated against. The success of UBC is linked to being a diverse and welcoming place for all. In February of this year, as a result of systemic issues brought to attention by concerned students in Engineering, Engineering Student Services (ESS) and Access & Diversity partnered with those students to implement the LGBT (Lesbian, Gay, Bisexual, Transgender) Ally campaign.

CJ Rowe, UBC Diversity Advisor – Woman, has been leading the LGBT Ally campaign through collaboration with the Engineering community since the beginning. In order to understand current diversity issues, she regularly meets with Engineering students and staff to understand firsthand the issues students face. A recent story sparked a need to act. “Over the course of the term, homophobic jokes had been made in a classroom and one student stopped coming to class for a couple of weeks based on a fear for their safety”, explains Rowe, “Seeing this as a larger social issue, the students wondered what they could do as allies to support this LGBT student and others”.

From this conversation, the idea of the LGBT Ally campaign was born. In consultation, Rowe designed the campaign that consists of 5 principles for people to consider in order to support lesbian, gay, bisexual and transgender people in Engineering, at UBC, and in broader communities.

‘Engineering Week’, which happened to coincide with PrideUBC’s ‘Out Week’ in February, provided the ideal forum to launch the campaign. Buttons and cards were created for distribution throughout the Engineering community to inspire others to make positive change. The campaign was met with strong support from Department Heads, other senior administrators, and students. “Since the campaign started there has been more openness to come forward to speak about experiences,” says Rowe, “The campaign also feels like something that can easily translate across campus.” 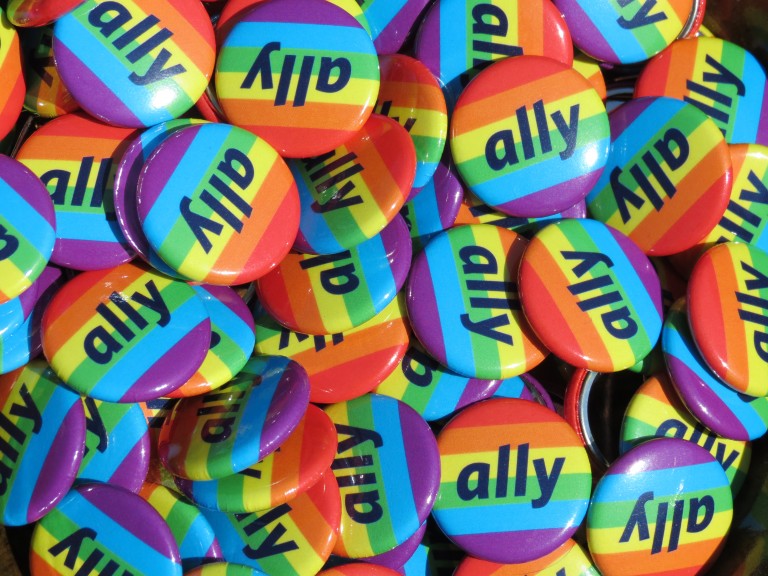 Check out these awesome classes! They provide a very safe space for Queer people to learn ASL. https://t.co/HN9fAiQEp6
24 Mar, 19

From March 11-15, voting for the AMS Referendum will be open, and we encourage you to vote YES for the fee increase… https://t.co/bqMrzB9GC2
11 Mar, 19

“Another promising AMS Elections season has come around and this year we have been honoured to work alongside our a… https://t.co/y4eEHut0eN
11 Mar, 19

Hi all! Unfortunately due to some scheduling conflicts, QTBIMPOC will not be officially running today. But fear no… https://t.co/98BiTewiA7
6 Mar, 19