Hollywood is well known for its excesses, but Emmy-award-winning UBC film professor Garvin Eddy is intent on changing one of them: set design. His experience designing sets for TV favourites like The Cosby Show, Rosanne, and That 70’s Show, taught him that the plywood used in sets is often sourced from endangered forests in Asia. Eddy obtained certification in green building practices and worked with an Oregon-based company to develop a new product called “ScenicPly,” which uses FSC-certified wood harvested from well-managed forests. Now he hopes to convince Hollywood that green set design is worth spending a little more green. 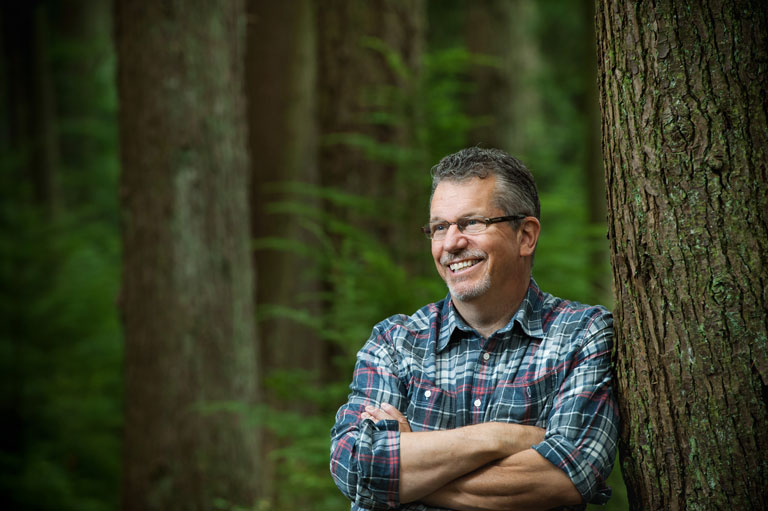 RT @UBCSociology: Prof @sylvia_a_fuller talks with @VancouverSun on the growing wage gap between mothers and fathers during the spread of C…
1 day ago.

RT @ubcSPPGA: We are proud to release our 2019/2020 SPPGA Annual Report! Learn more about the way we work, our faculty-led research project…
1 day ago.

RT @UBC_CTLT: From July 20-24 the @UBC_CTLT TA Institute for #UBC grad students and TAs includes a collection of workshops designed to supp…
1 day ago.

"When I graduated in 1985 from UBC, I was told that I will go through six jobs before I retire. These days, you wil… https://t.co/WaLKPn2KlA
1 day ago.

RT @UBCPsych: New @UBCPsych research by @LizBlundon and Lawrence Ward shows that some people may still be able to hear while in an unrespon…
3 days ago.

Interested in teaching about climate change and climate justice at UBC? UBC Climate Hub & @sustainUBC are recruitin… https://t.co/kCn4f8ftCl
3 days ago.

Congratulations to the Faculty of Arts researchers who were awarded #SSHRC 2019-20 Insight Grants! https://t.co/EQfDeBxPiF
3 days ago.