All university students are expected to come up with creative ideas, but few of those ideas actually result in the kind of start-up business that was launched by two UBC alumni. Colin O’Neill (BA, BASci ’10) and Nick Seto (BCom ’10) became the first students to turn a concept idea into a business thanks to the entrepreneurship@UBC Seed Accelerator, an investment fund created from a partnership between UBC, UBC alumni and the BC Innovation Council to support early-stage companies that have their roots at UBC.

Their idea, called Target Tape, is a disposable, adhesive sticker with grid marks that appear in medical imaging scans, making it easier for doctors to make more precise incisions during surgery. The pair developed Target Tape as part of UBC’s New Venture Design course, an entrepreneurship class that brings together students from UBC Engineering and the Sauder School of Business.

In 2010, O’Neill and Seto were chosen along with five other groups to present their business idea to venture capitalists and distinguished UBC alumni in Silicon Valley. O’Neill and Seto impressed the investors enough to come out on top, and their company, Target Tape (formerly known as Aeos Biomedical), received a $50,000 equity investment. “Starting a company out of university can seem very daunting,” says Seto. “Programs like entrepreneurship@UBC provide invaluable assistance with their connections and resources. Target Tape is grateful for UBC’s continued support with this investment, and we hope that many other student-founded companies continue to benefit from this program.”

With the seed money, O’Neill and Seto have been able to incorporate their company in order to bring Target Tape to market. Clearly it was a creative idea whose time had come. 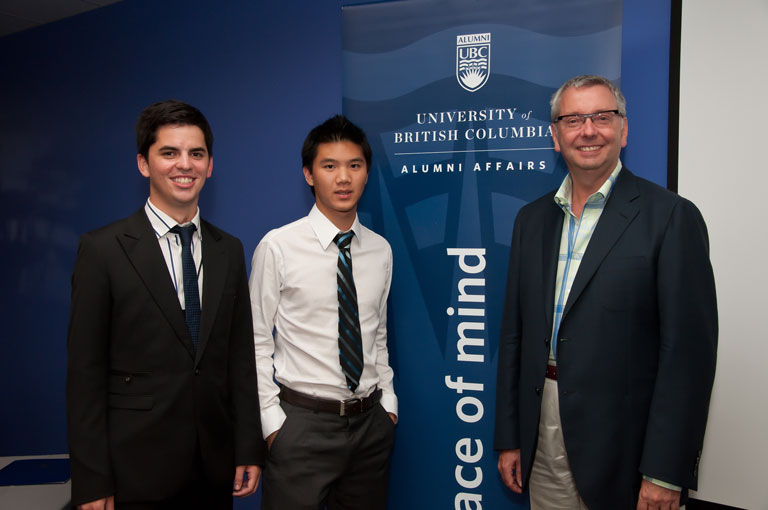 “Programs like entrepreneurship@UBC provide invaluable assistance with their connections and resources. We hope that many other student-founded companies continue to benefit from this program.” – Nick Seto, founder of Aeos Biomedical 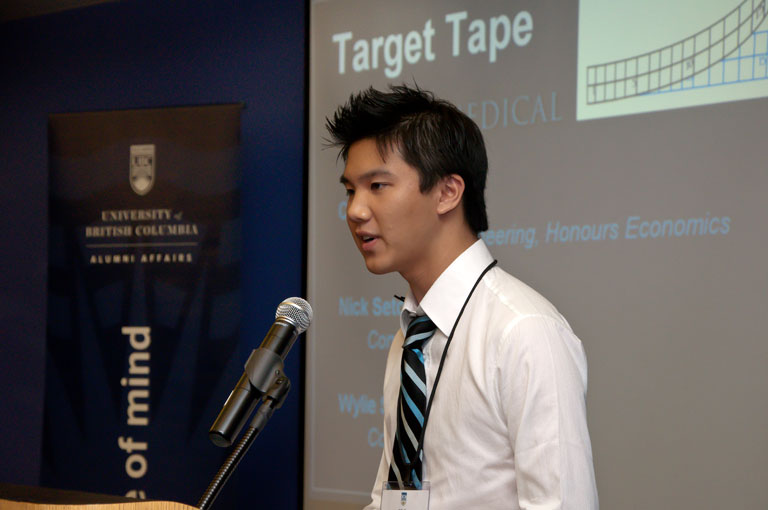 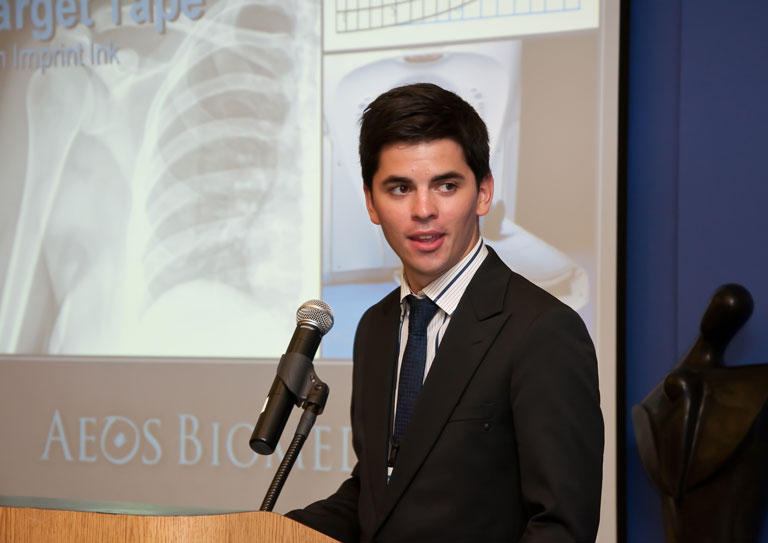 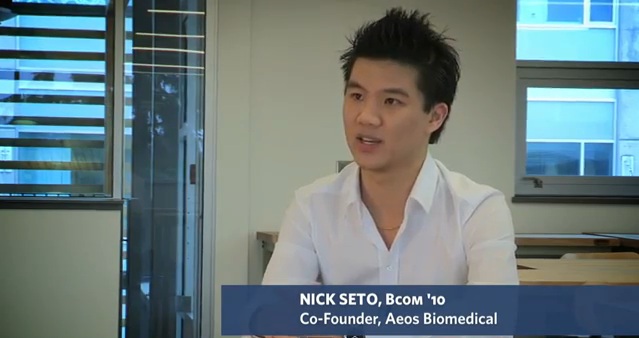 RT @UBC_CS: Looking to take your computer science innovation from lab to market? Apply for @ubcentrepreneur’s Lab2Launch, designed for UBC…
about 23 hours ago.

A @UBC spin off venture, @aspectbiosys has made some incredible wins based off research innovation, combining the p… https://t.co/aJmtrMoRe2
3 days ago.

RT @PieterDorsman: Looking forward to my chat tomorrow with @_tamerm and hoping for great questions and discussion. https://t.co/kk2kvES5MW
4 days ago.

RT @PieterDorsman: It was great to chat with @Sarah_Applebaum about the early stage investing journey with a focus on building relationship…
5 days ago.

Are you a @UBC researcher or scientist? Move your innovation to impact with our Lab2Launch venture building program… https://t.co/6ayIgHt9Wn
7 days ago.

RT @aspectbiosys: The roots of Aspect are @UBC, so @_tamerm looks forward to participating in the upcoming @ubcentrepreneur Town Hall. RSVP…
7 days ago.