The Other Battle Scars

The Other Battle Scars

When veterans return home from war there are many programs to help heal their bodies, but often it’s their hearts and minds that require the most attention. Dr. Marvin Westwood and Dr. David Kuhl identified this need back in 1997 and developed the Veterans Transition Program (VTP) at UBC to help with Post Traumatic Stress Disorder (PTSD) and other issues that veterans face.

“Our society has such a stigma attached to mental illness that it has made getting help even harder,” says Dr. Westwood. “What we need to remember about PTSD is that it’s not a disease, it’s actually an injury that can be healed.”

The program was originally set up as a pilot project to help local BC veterans. However, in October of 2012 it was successfully granted federal funding and the opportunity to help veterans across Canada. It was the passion and dedication of UBC alumnus Tim Laidler, who recently received the 2013 Young Alumnus Award, that made this a reality. As Executive Director, Tim has helped establish the Veterans Transition Network (VTN), a non-profit organization that is taking UBC’s Veterans Transition Program to cities across the country.

In 2007, Tim left UBC in his 3rd year of undergrad to serve in Afghanistan. “When I got home in ’08 I was able to finish my degree, but I found I was always tired and getting frustrated about things way too easily,” explained Tim, “I felt like things were fine but I felt dead inside.” He eventually realized he was suffering from PTSD and luckily a friend told him about Dr. Westwood and VTP.

“The program changed my life,” said Tim, “Afterwards I just had to get all my military friends to go. I gave them no choice about it and thankfully they all listened. Every one of them felt the same positive change as I did.”

Tim loved the program so much that he has now dedicated himself to growing it, but he’s clearly one success story of many. Dr. Westwood confirmed “90% of the veterans who have participated in the program have settled into new careers and shown improvement in personal relationships.” 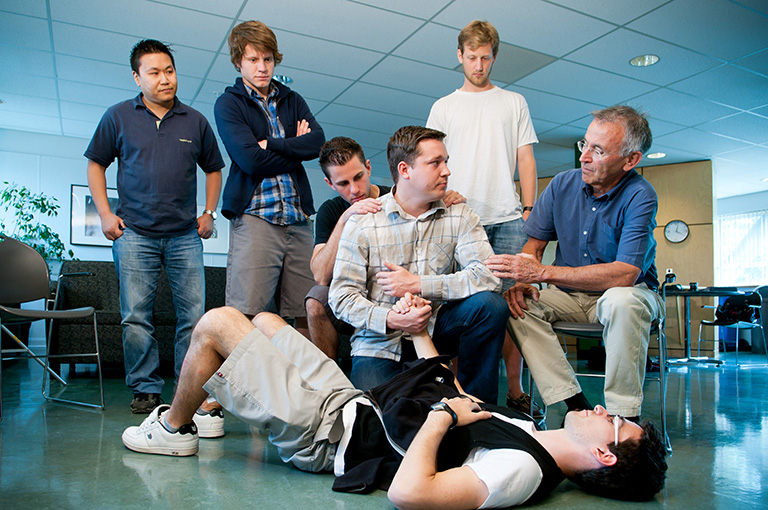 “PTSD ... it’s not a disease, it’s actually an injury that can be healed.”

Over the past three months, our team has been working hard to develop new services, so that we can continue to supp… https://t.co/vBsGIDMBF3
8 days ago.

This Canada Day, we want to thank the the brave men and women who protect our rights and freedoms, while honouring… https://t.co/lNY9owr1P5
1 Jul, 20

During the current COVID-19 crisis, we want Veterans across Canada to know that they can reach out to us for help.… https://t.co/XRELkihiDt
26 Jun, 20

The Mental Health Commission of Canada has developed a crisis response training course for the Veteran Community. I… https://t.co/z5e9DYrhKL
12 Jun, 20

Thank you to all of our first responders for answering the call each and every day. #NeverAlone #VTNCanada https://t.co/HO1MQ5u2SK
11 Jun, 20

We're here to give you the tools you need to succeed in your next chapter of life. #VTNQuote #GradQuote #NeverAlone https://t.co/z46P8TmCBJ
10 Jun, 20